MADISON, Ill. — “Whatever happens, let’s enjoy this day. Love you guys!” radioed Tony Kanaan to his Big Machine Vodka crew on the parade lap of Race 2 of the Bommarito Automotive Group 500. This final race of the 2020 NTT INDYCAR SERIES for Kanaan did not have a Hollywood ending. Track position at World Wide Technology Raceway was key for most of the field with a few exceptions. In the first segment of the 200-lapper both Kanaan and his teammate Charlie Kimball in the No. 4 T

MADISON, Ill.--When Tony Kanaan steps out of the No. 14 Big Machine Vodka Chevrolet this afternoon, he will be capping an illustrious 23-year career in the NTT INDYCAR SERIES. Kanaan’s career is punctuated with highlights: 17 victories, 15 pole positions, the 2004 NTT INDYCAR SERIES championship and an Indianapolis 500 crown that took him 12 years to claim. He holds the record for most consecutive starts at 318, earning him the nickname “Ironman.” 2004 IndyCar Series CHAMPION

MADISON, Ill.— “Today was an emotional day for me,” said Tony Kanaan after registering his best finish of the season at World Wide Technology Raceway where he posted his best finish last season. It was also the first track to host fans following last week’s Indianapolis 500. Kanaan finished ninth in Race 1 of the Bommarito Automotive Group 500 his penultimate race of 2020, a season in which he ran only the oval tracks in the NTT INDYCAR Series. Starting 21st in the No. 14 Big

The Bommarito Automotive Group 500 at World Wide Technology Raceway was originally scheduled to be run on a Saturday night but now two 200-lap races will be run Saturday and Sunday during the day. Charlie Kimball will drive the No. 4 Tresiba Chevrolet while Tony Kanaan will be in the No. 14 Big Machine Vodka Chevrolet as his Last Lap Tour winds down this season. TONY KANAAN ON: World Wide Technology Raceway: “I’m excited to return to St. Louis this weekend after our podium th

INDIANAPOLIS— Sleek. Black. Fast. So describes the No. 14 Big Machine Vodka Chevrolet that Tony Kanaan will drive in his final two races of the 2020 NTT INDYCAR SERIES as his #TKLastLap tour on the oval tracks winds down. Big Machine Vodka, a longtime sponsor of the 2013 Indianapolis 500 champion, will be the primary sponsor of the car. The bold, bright chrome Big Machine logo makes this Black Beauty sparkle which fans will see in both Bommarito Automotive Group 500 races th

INDIANAPOLIS—Against all odds the 104th Running of the Indianapolis 500 is now in the books. But the 2020 edition of the world’s most famous race will be remembered as the Indy 500 run without spectators. The color and energy generated by over 350,000 fans in the grandstands of the Indianapolis Motor Speedway was indeed missing…until the engines roared to life! New owner Roger Penske gave the command, “Drivers, start your engines!” When 33 brightly colored cars roared into ac

INDIANAPOLIS--This year marks the 65th anniversary of A.J. Foyt attending his first Indianapolis 500 as a fan in 1955 when he was 20 years old. Foyt had listened to the race on the radio for years along with his dad Tony. In 1956, A.J. competed in the midget races at 16th Street Speedway across from IMS and two years later at age 23, he was starting in his first Indy 500 as the youngest driver in the field. He was the fastest rookie but spun in his own oil on lap 148, finishi

INDIANAPOLIS—With just 33 cars attempting to qualify for the Indianapolis 500, the tension of getting bumped was missing -- as were the fans who generate the buzz around the most famed track in the world. Inside the cockpit, however, it is still the most nerve-wracking four laps in motorsports as drivers contend with slippery track conditions at over 230 mph. With qualifying starting sharply at 11 a.m., the track temperature was the coolest it would be all day which worked we

“Fast Friday” Lives Up To Its Name At Indy

INDIANAPOLIS – “Fast Friday” dawned and lived up to its name at Indianapolis Motor Speedway as 23 cars posted single lap speeds over 230 mph and the top speed of 233.4mph was the fastest since 1996. Today the cars were given more boost for tomorrow’s qualifying and it showed. The AJ Foyt Racing team’s only entry that topped 230mph was Charlie Kimball who posted the 16th fastest speed overall in the No. 4 Tresiba Chevrolet and was the fastest among Chevy-powered teams in the n

INDIANAPOLIS--The second day of practice at Indianapolis Motor Speedway saw Charlie Kimball top the speed chart amongst the AJ Foyt Racing drivers in his No. 4 Tresiba Chevrolet. He clocked in seventh fastest overall on a day where track conditions were basically the same as yesterday—hot. All three drivers logged laps in traffic as they worked on their race set ups with Tony Kanaan searching for the ‘perfect’ race setup in his No. 14 ABC Supply Chevrolet. Dalton Kellett cont
1/2 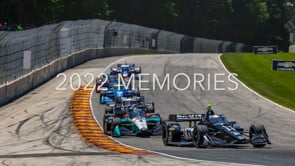